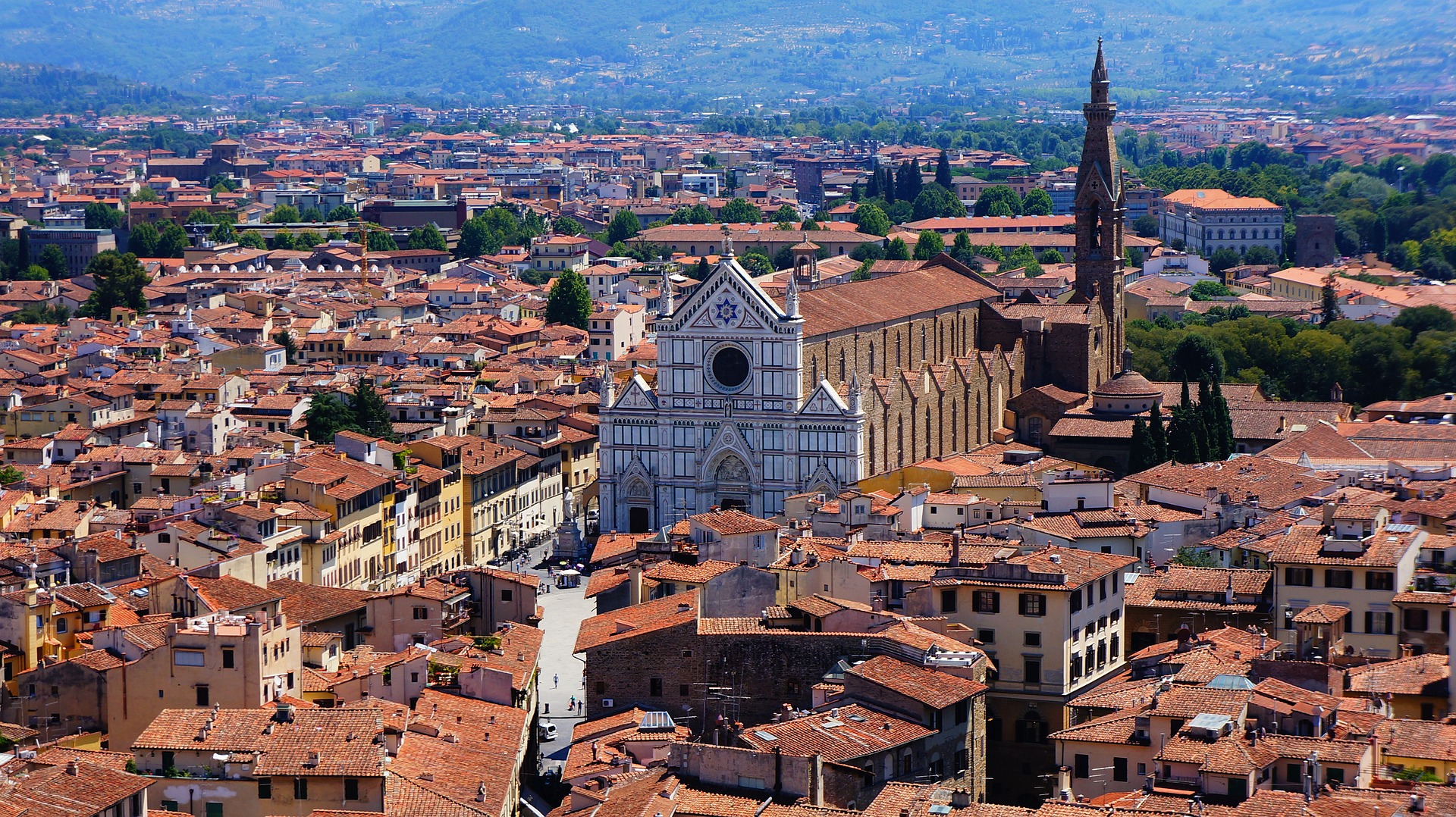 From the Roman foundation of Florentia to the golden age of the free Commune, from the Medici Grand Duchy to Florence, the capital of Italy: historical events and urban development of the city. This guided tour will allow you to get to know the most important monuments: in Piazza Duomo, the Cathedral of Santa Maria del Fiore with the imposing dome by Brunelleschi, Giotto’s bell tower and the Baptistery; continue then through the Dante district to arrive at Piazza della Signoria dominated by Palazzo Vecchio. And not to miss, the view of the Arno from Ponte Vecchio. A look at the Pig Market and the first part of the guided tour will end in Piazza della Repubblica, where past and present come together: the space owes its current appearance to the renovations during the period of Florence as the capital, but the place was the heart of Florence Roman: here was the forum. In the second part of the day, moving away from the central nucleus of the city, your guide will take you to discover the Santa Croce district, the one of Santa Maria Novella and San Lorenzo, dominated by the mighty basilicas that, together with the frontal square, represent the heart of the district. The guided tour will continue inside one of the three churches, very rich in masterpieces fortunately still on site/in loco.

List of places we will visit during the sightseeing “A full day in Florence”: