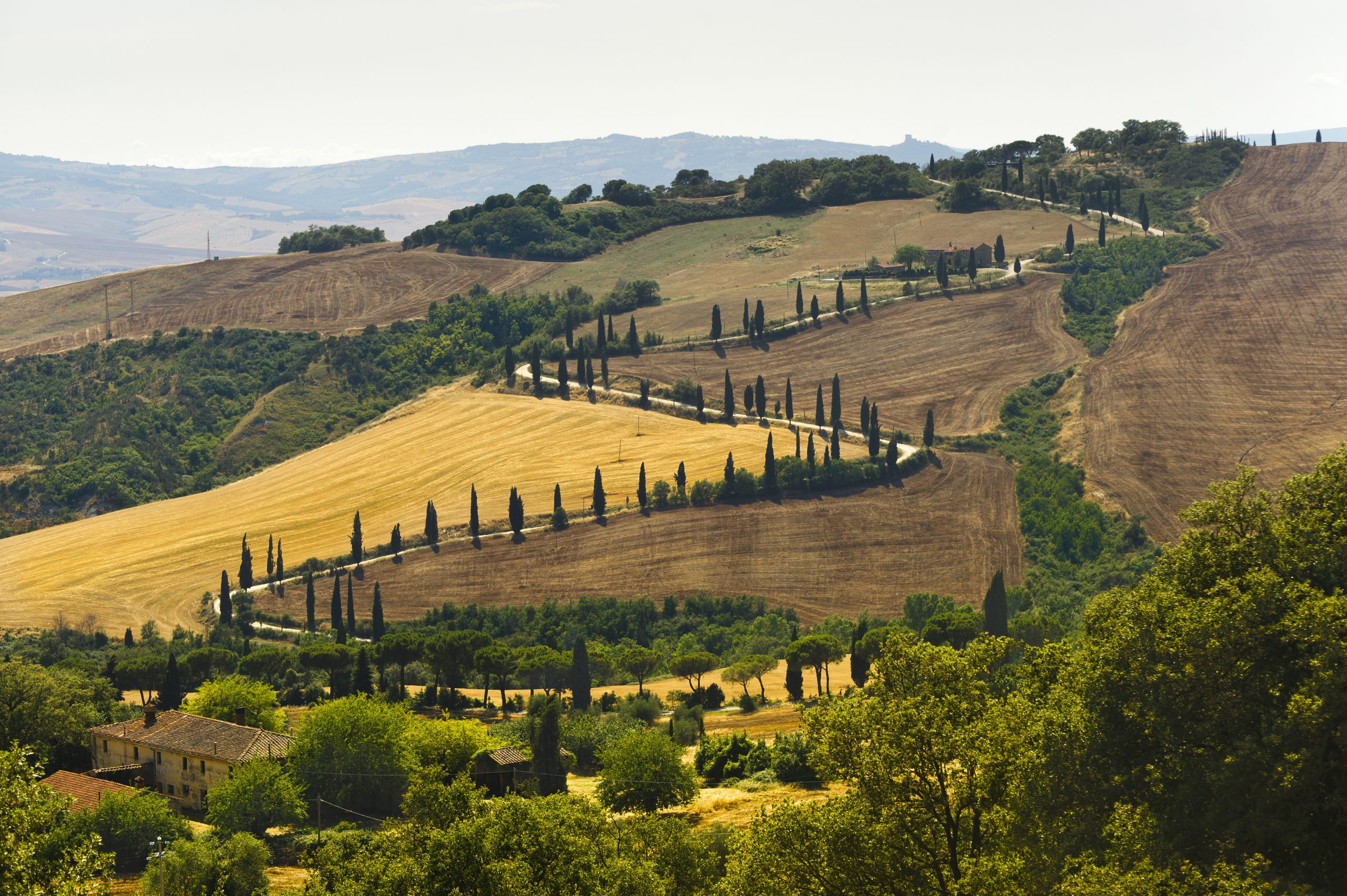 This is a guided tour characterized by a slow pace and a broad gaze. You will travel on the crest of the hills of the Crete Senesi, with stops that will allow you to embrace fascinating panoramas in just a single glance, which many define as lunar, and where the clayey soil is the master. The main center is Asciano, where it is worth taking a short walk and then leave for the Abbey of Monte Oliveto Maggiore, raised in what used to be called the Accona desert. The itinerary will then take us to Buonconvento and Val d’Orcia: the entire park in 2004 was included in the list of Unesco sites with the recognition of cultural landscape. Here the relationship between man and landscape seems not to have been altered by modernity. Your guide will accompany you to discover small villages full of charm (San Quirico d’Orcia, Bagno Vignoni) to conclude the guided tour in the place that allows you to embrace the entire Val d’Orcia in a single glance: the Rocca d’Orcia, built in the Middle Ages on a high spur of rock as a sentinel of the entire valley, where the crucial Via Francigena passes by.

List of places we will visit during the “Between Crete Senesi and Val d’Orcia: enchanting views”:

This tour is best suited for: individuals