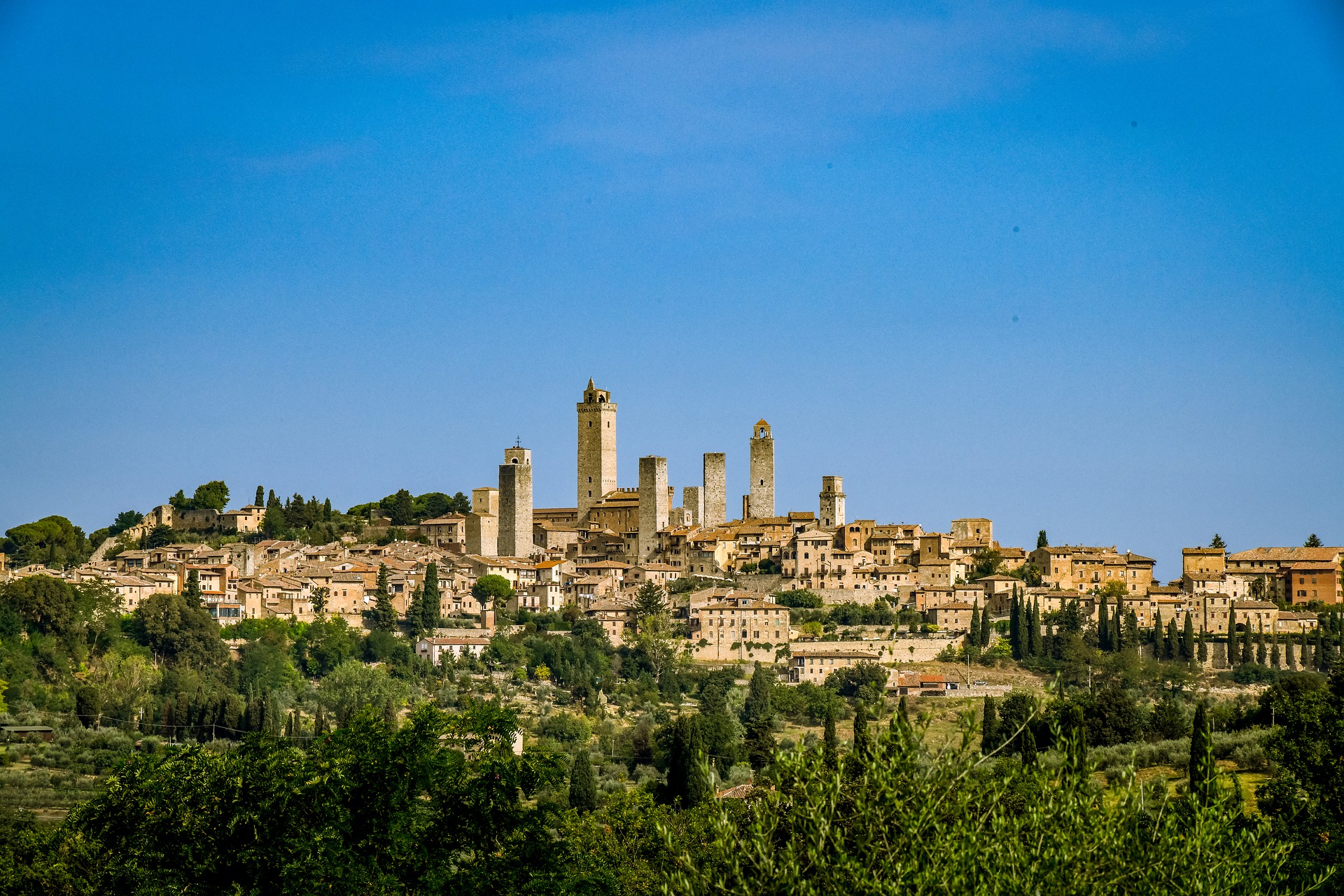 The guided tour starts from Porta di San Giovanni which opens onto the main street, a stretch of the ancient Via Francigena along which this town developed in the Middle Ages. San Gimignano became rich thanks to its strategic position and trade, in particular that of saffron. Among ancient stone and brick buildings, our guide will lead you to Piazza della Cisterna, a true living room of the city that has always been a place of aggregation and meeting; the visit continues in the adjacent Piazza Duomo where the symbolic buildings of political and religious power are located: the Collegiate Church, whose external simplicity corresponds to an interior that surprises for the vastness of the frescoes, and the Palazzo del Popolo, with the large Council Hall where Dante spoke on a diplomatic mission. The city is symbolized by its numerous towers—sign of power of the ancient merchants, with an imposing appearance and curious names. Arriving at Porta San Matteo, the church of Sant’Agostino is not to be missed, rich in works of art including the frescoes by Benozzo Gozzoli that narrate the life of the saint to whom the sacred building is named after. Admission fee recommended: Collegiate Church or Palazzo del Popolo.

List of places we will visit during the sightseeing “First time in San Gimignano”: