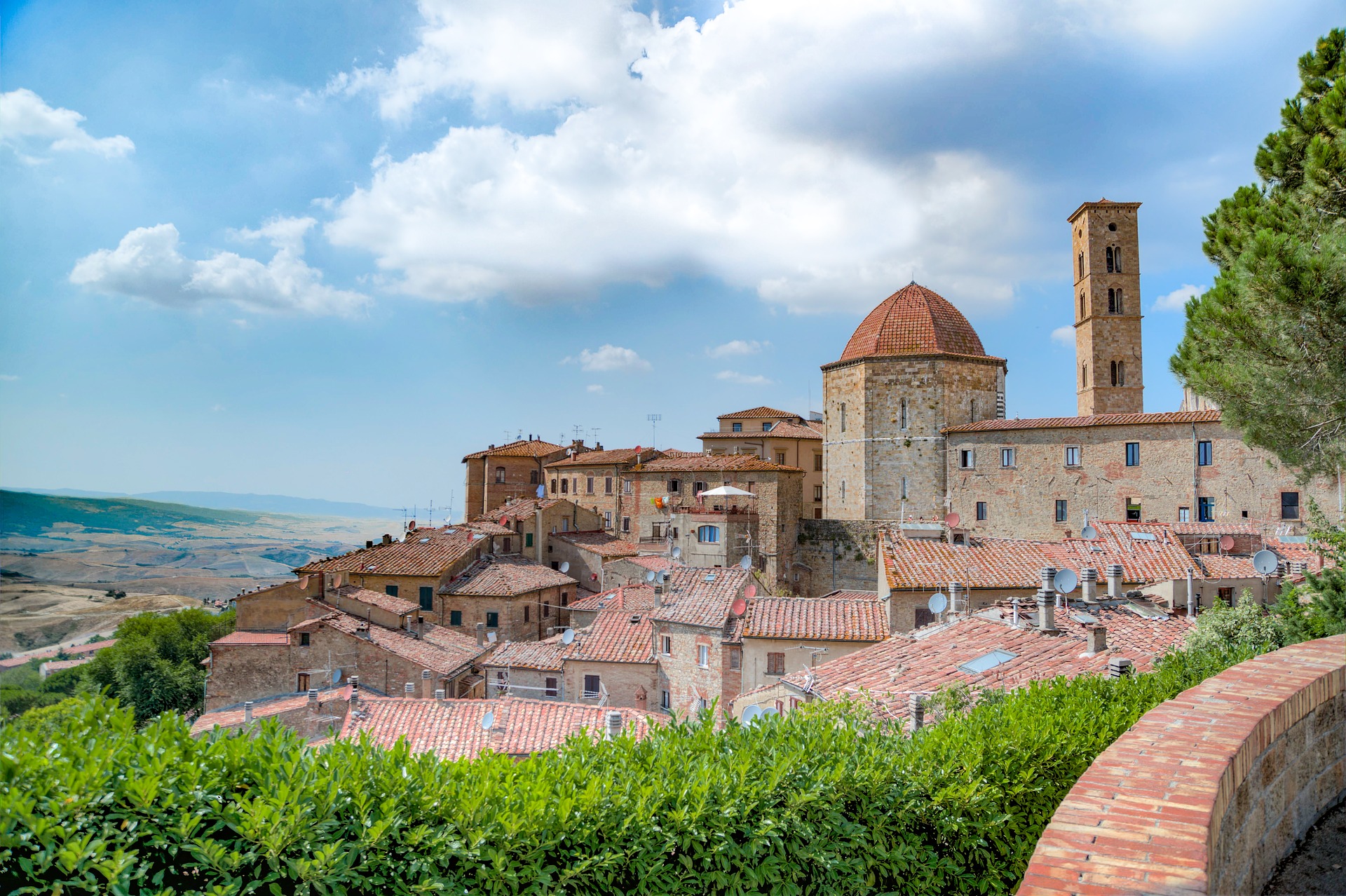 Guided tour of Volterra, the city of the Etruscans

Guided tour of Volterra, the city of the Etruscans

Our tour guide will take you through the alleys and squares of ‘Velathri’, the Etruscan name of the city. The itinerary will begin with the imposing Porta all’Arco, built in the 4th century BC, and through the alleys of the labyrinths, a medieval urban structure built for defensive purposes, it will lead you in front of the Baptistery and the Cathedral. Symbols of the episcopal power, the two monuments preserve works of great value, such as the Descent of Christ from the Cross, a wooden work from 1228, or the Annunciation by Fra Bartolomeo della Porta. The guided tour continues in the large Piazza dei Priori, dominated by the palace of the same name, still today the seat of the city council: it is one of the most beautiful medieval squares in Italy, surrounded by ancient Towers and Casetorri belonging to the most important Volterra families.

The Roman past of the city is well represented by the imposing theater of the first century AD. and the Terme di Vallebuona, which are joined by the recent discovery, but still being excavated, of the Amphitheater, which had an estimated capacity of 12,000 people. The tour ends with a visit to a laboratory in Alabaster, an iconic mineral present only in the Volterra area, to discover the secrets of Volterra’s white gold from extraction to processing.

List of places we will visit during the tour “Volterra, the city of the Etruscans”

This tour is best suited for: families, groups, individuals, schools