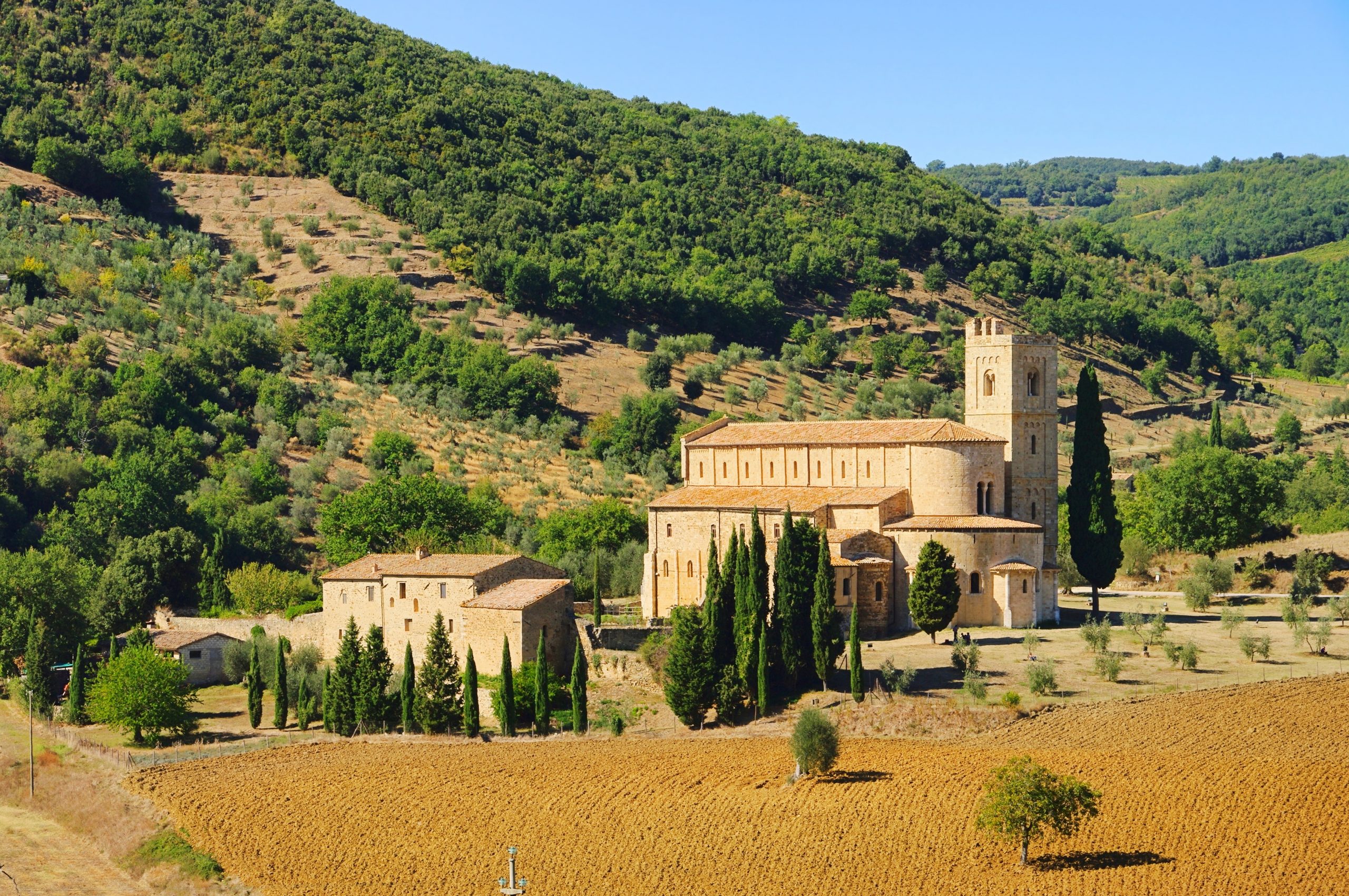 Guided tour of Montalcino and the Abbey of Sant’Antimo

Guided tour of Montalcino and the Abbey of Sant’Antimo

On top of a high hill, Montalcino dominates the Val d’Orcia. Our guide will escort you to discover this small city full of charm, with its medieval architecture that still characterizes it almost entirely, among which the Fortress built by the Sienese in the second half of the fourteenth century and the Palazzo Comunale, called also Palazzo dei Priori, with the monumental tower, dating back to the 13th century. The guided tour will continue along the streets of the village from which suggestive glimpses of the surrounding landscape open up, which enchants in any season of the year. A few kilometers from Montalcino, along a road surrounded by vineyards, olive trees and woods, is the Abbey of Sant’Antimo, which legend has it founded by Charlemagne. Our guide will reveal all the secrets of this majestic and solitary building, built in local travertine that, at certain times of the day, the light makes it look like alabaster, surrounded by centuries-old olive trees and wheat fields: it is the most important Romanesque monument of southern Tuscany.

List of places we will visit during the sightseeing “Montalcino and the Abbey of Sant’Antimo”:

This tour is best suited for: families, groups, individuals, schools